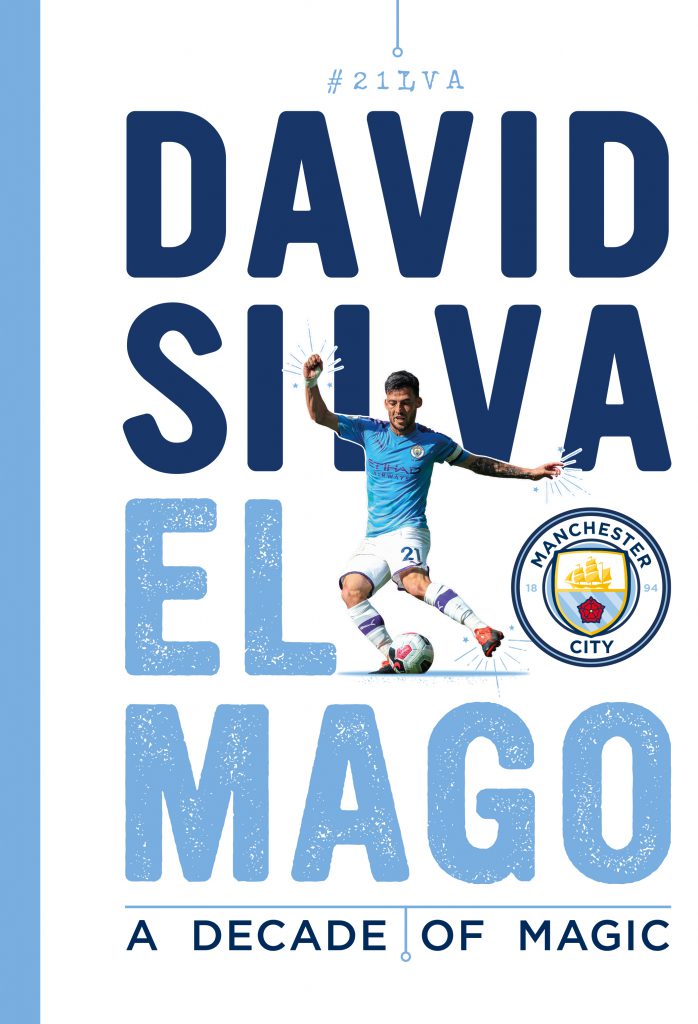 The Spanish midfielder, dubbed ‘Merlin’ in reference to the magic he produces on the pitch, is widely regarded as one of the greatest players in the club’s history. He has been a key component of the club’s success, lifting countless trophies over ten seasons, whilst at international level, he is a World Cup and European Championship winner. But now is the time to say goodbye – Silva has left the Etihad after ten seasons.

This official celebration pays an emotional farewell to a much-loved player. It captures the games, goals, triumphs, moments of skill and special memories that have made Silva such a crowd favourite. It will also recount his fascinating back story and reveal exclusive insights from team-mates as well as unseen images from inside the club.

Written by experienced City author David Clayton, ‘David Silva – El Mago: A Decade Of Magic’ is the ultimate official celebration of a magificent servant’s contribution to the incredible success story of Manchester City.

David Silva: El Mago is back in stock

Shay Given – Any Given Saturday – Single Issue