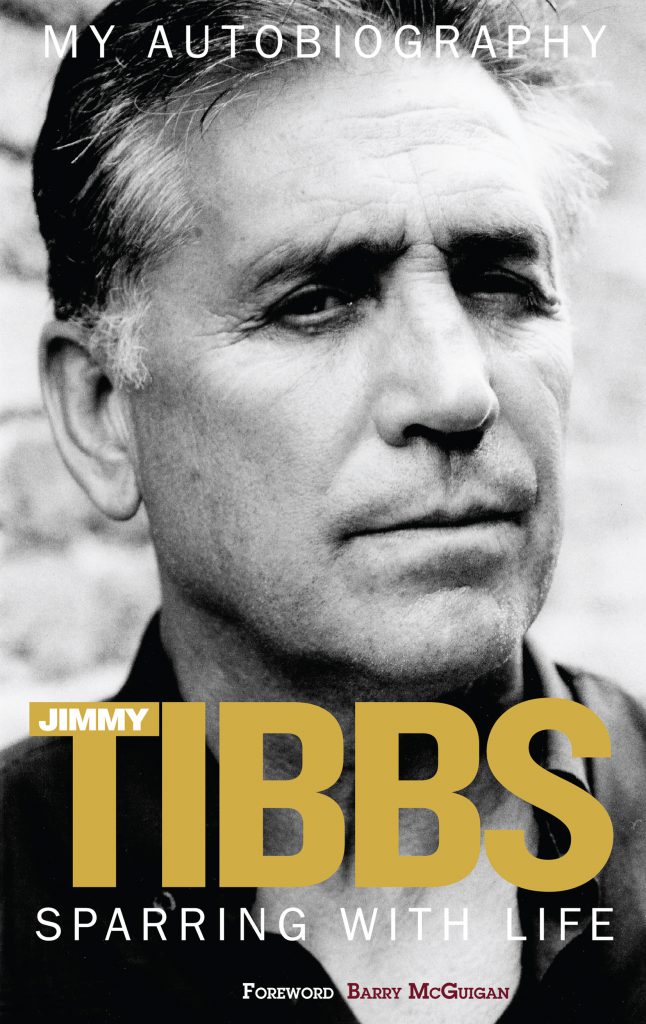 Tibbs’ boxing career was cut short by being involved in gangland warfare for three years, which culminated in him getting a ten year prison sentence. Came out after four years and eight months, and after a few years of working in the family scrap business, he had the opportunity of a lifetime to work as a boxing trainer,being thrown in at the deep end with some of British boxing’s finest.

Jimmy went on to train some of the biggest names in British boxing including Frank Bruno, Barry McGuigan, Lloyd Honeyghan, Michael Watson, Nigel Benn etc…The list is long and comes with some incredible anecdotes and stories. Soon after creating world champions he was hit with cancer. He battled through and continued to make his name in the sport.

In 1990, came ‘The Birth of Cockney Christian’. He became born again, and the story that accompanies this transition, could only be told the way he does!

Jimmy Tibbs – Sparring with Life is back in stock