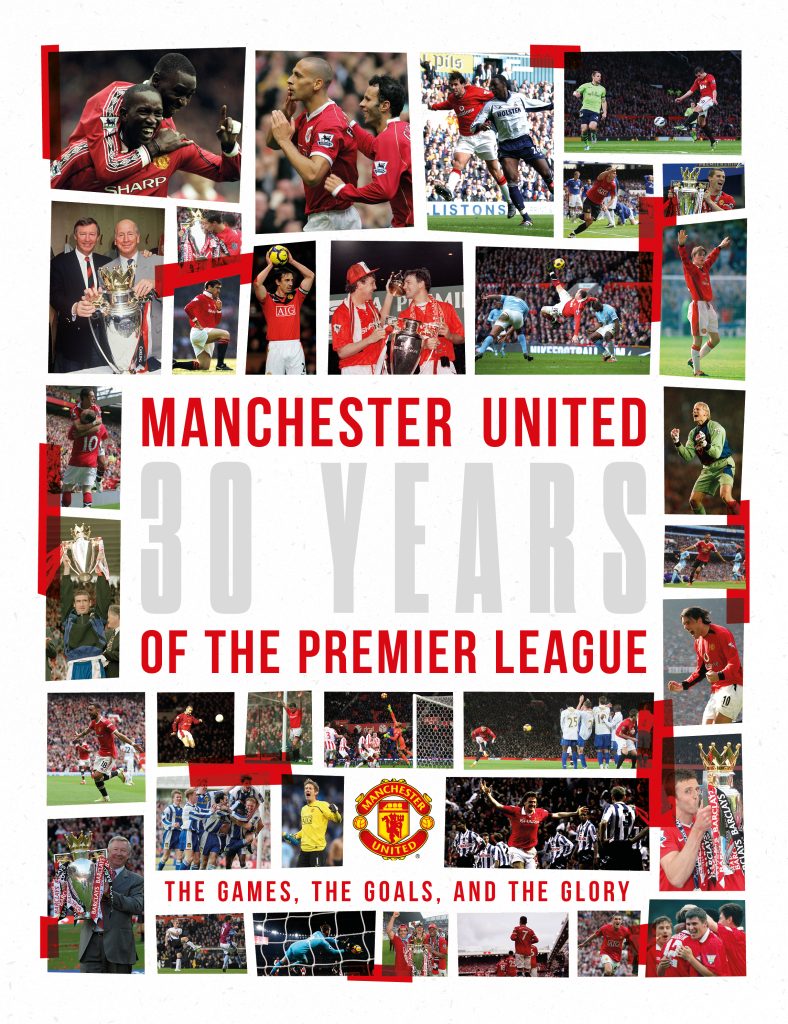 With the Premier League set to mark its 30th anniversary in August 2022, this official Manchester United book will celebrate the club’s ultimate moments in the world’s biggest domestic league. The greatest games, the greatest players, the greatest goals, the greatest title wins and much more will be explored in this premium new book.

The club’s record 13 title triumphs in the Premier League will be explored in detail, kicking off with that landmark debut win in the competition’s first season in 1992/93. Each of those championships featured a host of superstars, and the contributions of legends like Bryan Robson, David Beckham, Eric Cantona, Rio Ferdinand, Ruud van Nistelrooy, Cristiano
Ronaldo and Wayne Rooney will be celebrated. There will be a countdown of the top ten United’s PL goals, as well as the top ten epic PL matches featuring the Reds, plus the club’s best homegrown players and the best youngsters to make their mark on the league.

United’s greatest rivalries across the competition will be explored, as will our record against rival managers and at stadiums up and down the country. Magic moments – like Steve Bruce’s vital late winners against Sheffield Wednesday in 1993, Wayne Rooney’s remarkable overhead kick against Manchester City in 2011, Robin van Persie’s title-winning hat-trick in
2013 and Cristiano Ronaldo’s emotional homecoming in 2021 will be given an in-depth treatment.

The book will also include lots of rich feature content, including the best images, fan memories and quotes from players and managers who all played their part in United’s Premier League story. This will be an unmissable purchase for any fan of Manchester United.

Manchester United: 30 Years of the Premier League is back in stock