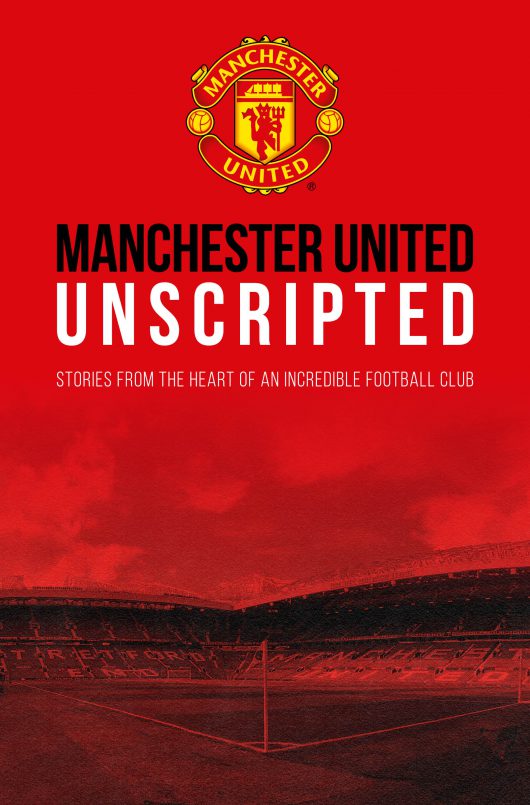 It’s hard to imagine a football club with a better catalogue of stories than Manchester United.

The club’s rich history has been punctuated by success, tragedy and drama, with an all-star cast wrapped up in a twisting, turning tale. In Unscripted, protagonists tell their own accounts of their unique places in Reds folklore.
All manner of angles are covered, be it the journey up through the ranks of the club’s youth system with Gary Neville or the road to securing a transfer to Old Trafford through the eyes of Ruud van Nistelrooy, Dimitar Berbatov and Zlatan Ibrahimovic.

Amongst the classic games covered, Darren Fletcher relives the epic rivalry between United under Sir Alex Ferguson and Arsene Wenger’s Arsenal, Dwight Yorke looks back on 1999’s unforgettable Champions League win over Juventus in Turin and Robin van Persie rewinds to the night in 2013 when the Reds’ 20th league title was clinched.

Deeply personal accounts from Ole Gunnar Solskjaer and Patrice Evra shed light on their back stories, Rio Ferdinand and Nemanja Vidic assess each other’s games and run through the machinations of their legendary defensive partnership, while Peter Schmeichel details David De Gea’s journey in his footsteps to goalkeeping greatness. All these stories and many more besides cast a new light on events within Old Trafford.

With stellar names telling incredible stories, Unscripted tells the human side of the world’s greatest football club in forensic and intimate detail.

Manchester United: Unscripted is back in stock

Under The Hairdryer: Fergie – The Untold Tales – Single Issue