Neil Lennon – Notes on a Season 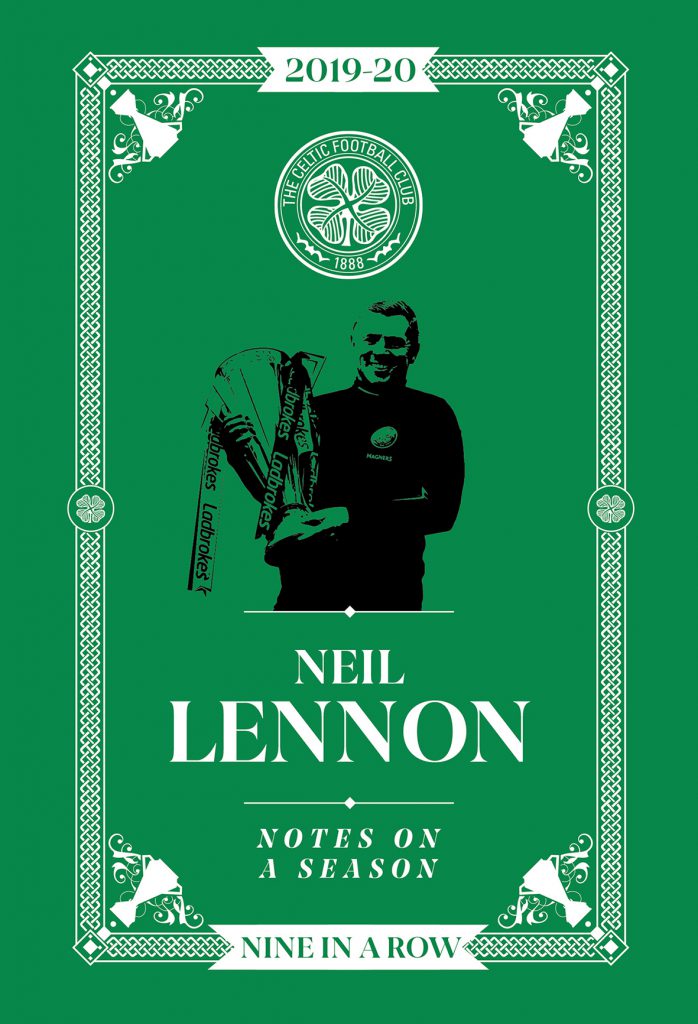 Neil Lennon – Notes on a Season

On May 31, 2019, Neil Lennon was confirmed as Celtic manager on a permanent basis, having enjoyed a successful period as interim boss the previous season and leading the club to a third consecutive domestic treble.

Looking ahead to the 2019/20 campaign, the Irishman told the club magazine, the Celtic View: “Nine-in-a-row is important for the club so that means it’s important for me, the supporters and the players. I’m going to try and bring nine, first and foremost, aligned with the domestic cups.”

And Neil Lennon has delivered on those words, guiding his team to the Scottish Premiership title – the club’s ninth in a row – while also winning the League Cup, reaching the semi-final of the Scottish Cup and winning their Europa League group with home and away wins over Lazio.

It has been an unprecedented season, not least due to the postponement of football in March due to the COVID-19 coronavirus crisis. However, the inevitable did happen with Celtic, 13 points clear at the top of the table with only eight games remaining, confirmed as worthy and well-deserved champions of Scotland.

Relive every moment of the 2019/20 nine-in-a-row campaign through the words of the Celtic manager, with his match programme notes and weekly interview with the Celtic View charting the course of a historic season for the Hoops.

Neil Lennon: Notes on a Season is part of a wider series of books that includes editions with other famous managers like Jürgen Klopp and Sir Alex Ferguson, providing a rich and unique insight on memorable seasons for major football clubs.

Neil Lennon – Notes on a Season is back in stock

This Is How It Feels – An English Football Miracle – Single Issue

Sonny Pike: The Greatest Footballer That Never Was – Single Issue

The First 100 Days: Lessons In Leadership From The Football Bosses – Single Issue