Our Gazza – The Untold Tales 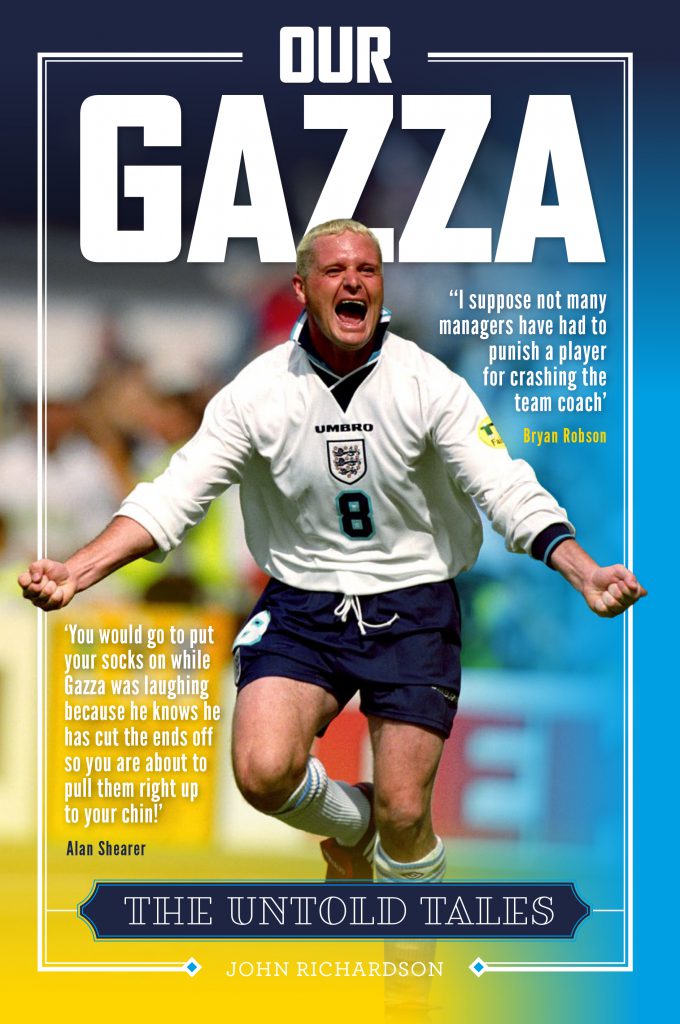 Our Gazza – The Untold Tales

GAZZA – Paul Gascoigne – is probably the most talked about football celebrity of our lifetime. Everyone has a Gazza yarn to tell.

Our Gazza: The Untold Tales is a collection of stories and memories as told by the people who know him best. Among many others, the book features exclusive interviews with Terry Venables, Chris Waddle, Ally McCoist, Gary Mabbutt, Harry Redknapp, Walter Smith, Paul Merson and Glenn Roeder as well as Gazza’s famous sidekick Jimmy ‘Five Bellies’, Gazza’s agent Mel Stein and Italian football expert Giancarlo Galivoti, who lifts the lid on his time at Lazio.

All reveal some hilarious, never told before stories of Gazza’s madcap antics and reveal a different side to the man who has found himself on both the front and back pages during the course of a colourful career.

Thirty years on from Italia ‘90, Our Gazza: The Untold Tales will appeal to a wide football audience across the UK.

About the Author:
Author and experienced journalist John Richardson has followed Gascoigne’s career every step of the way. As a local sports reporter, he interviewed a chubby faced Gazza for the first time as one of the stars of Newcastle United’s FA Youth Cup triumph. As Gascoigne’s career blossomed, Richardson moved to the national newspapers and went on to ghost-write his column for The Sun. Richardson was given the job of following Gazza at the 1990 World Cup finals and kept in touch as a trusted press contact during spells at Tottenham, Rangers, Middlesbrough and Everton.

Our Gazza – The Untold Tales is back in stock