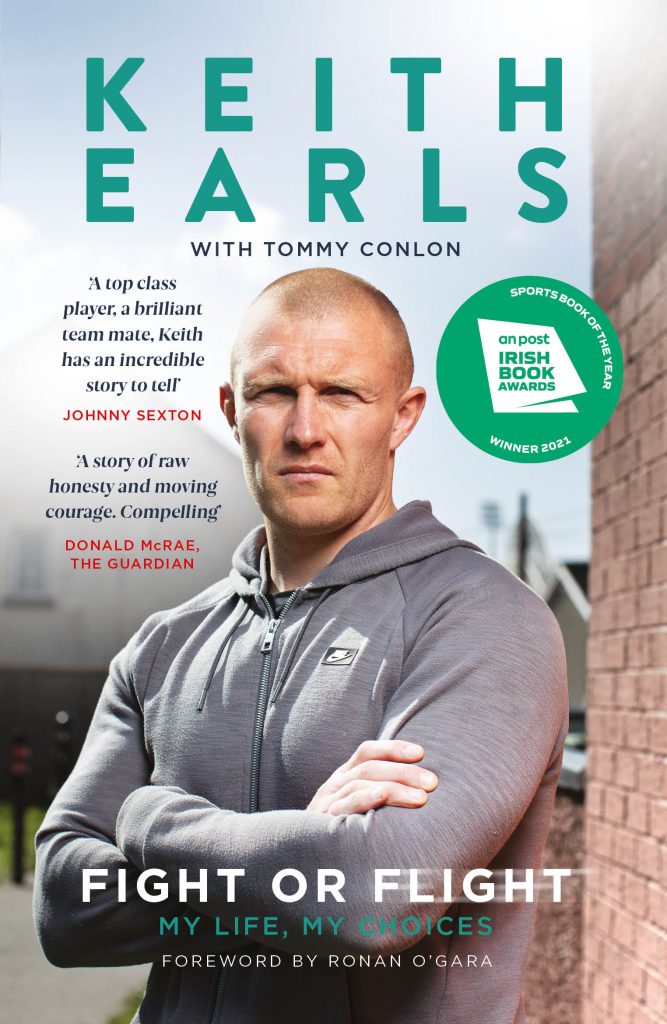 ‘Fight Or Flight: My Life, My Choices’ is the autobiography of Irish rugby legend Keith Earls and winner of the An Post Irish Sports Book Of The Year 2021.

Keith Earls started out in senior rugby as a teenage star and during the course of his long career has become one of the most admired and respected players of his generation. A British & Irish Lion at the age of 21, he is now closing in on his 34th
birthday and still playing at the top of his game. He has won 93 caps for Ireland and played over 180 games in the famous red of Munster. He started every match of the 2018 Six Nations campaign that culminated in an Irish Grand Slam victory.

A lethal finisher blessed with a sprinter’s speed, Earls is the second-highest try scorer of all time for his country. With Munster he is one try short of the all-time total and looks set to break that record next season. Yet, Earls has achieved these milestones whilst being racked by private battles with his mental health for most of his career. A number of crises brought him to the brink of voluntary retirement from the game.

A native of Limerick city, Earls grew up in one of its most socially disadvantaged housing estates. Moyross was blighted by crime and violence and he did not escape unscathed from the surrounding fear and trauma visited upon his beloved
community. His natural talent brought him into the privileged bastion of elite rugby union. His autobiography tells the story of his long struggle to reconcile the world whence he came with the world opened up by his brilliance with an oval ball.
Earls has maintained a low profile throughout his career. For the first time he will talk in depth and at length about the inner turmoil that went unseen by teammates, friends and fans. It is a confessional, intimate and courageous story of the pain that was a constant companion to the glory.

Earls says: “It’s not me at all to be doing anything remotely like an autobiography. I don’t like talking about myself, I don’t like bringing attention to myself. And I guess that’s one reason why I am doing it. We’re supposed to get out of our comfort zone. I’ve learned enough along the way to know that much. It’s where your progress and growth happens. I hope if I can share some of my life experiences here, it might inspire others.”

Keith Earls – Fight Or Flight is back in stock