Paul Davis: Arsenal And After 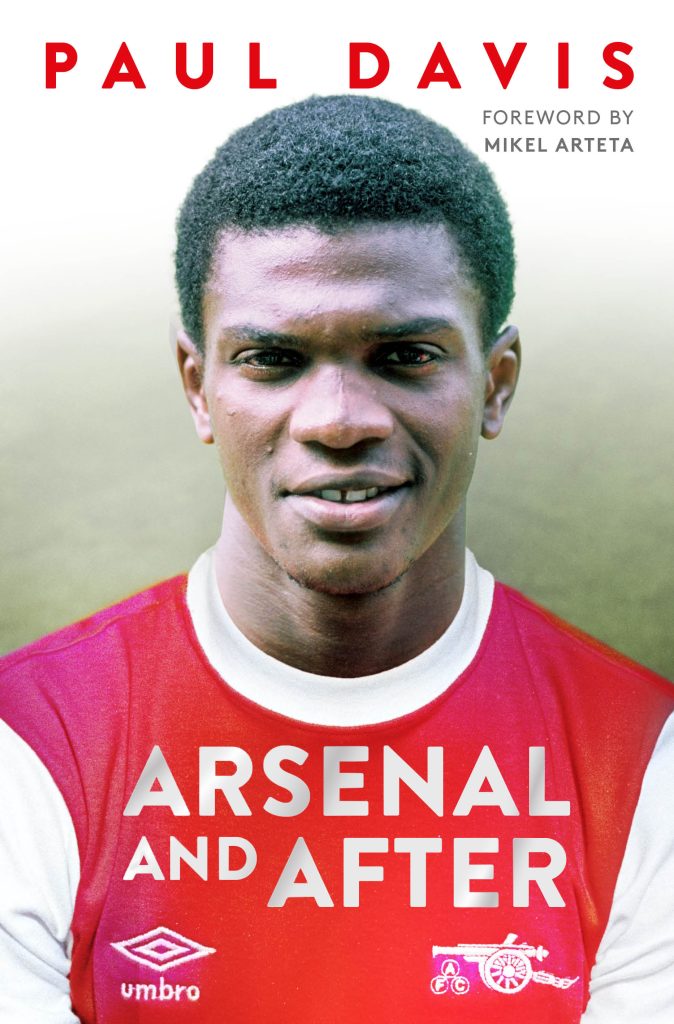 Paul Davis: Arsenal And After

Paul Davis’s story takes us on a journey through almost 50 years at the very top in football: a leading player’s take on an extraordinary and memorable period in Arsenal’s history, during which the club and football changed radically and forever around him.

Davis won titles and cups with Arsenal but, to do so, had to battle against career-threatening injuries and to handle the frustrations and injustices of the worst kinds of club and dressing room politics. His subsequent experiences as a coach and as a coach-developer have been just as challenging, just as emotionally charged, and just as significant. It’s a life story worth the telling, that’s for sure.

Paul Davis: Arsenal And After offers more than just a fascinating football story. Paul’s mum, Ruby, arrived in England from Jamaica in the late 1950s, as part of the Windrush generation. She brought up Paul and his sister, Sandra, on her own, on a council estate in Stockwell, South London. Much of the Davis family history was – and still is – a mystery to Paul, who never knew or knew anything about his father. He was already a senior player at Arsenal before he discovered he had siblings: the three children Ruby had left behind in Kingston when she’d struck out for a new life in England, thirty years before.

As a teenager, Davis was often the only black player wearing Arsenal colours. As often as not, he’d be the only black player on the pitch. With that came challenges: racism in football and beyond in the early 1980s was undiluted and unapologetic. The fight for recognition – for opportunity and for change – has been part of the Davis story ever since. His own emotional experiences are the lens through which he now looks back on everything he’s achieved as a player, as a coach and as an educator.

Paul Davis: Arsenal And After is back in stock