Howard Kendall – Notes On A Season 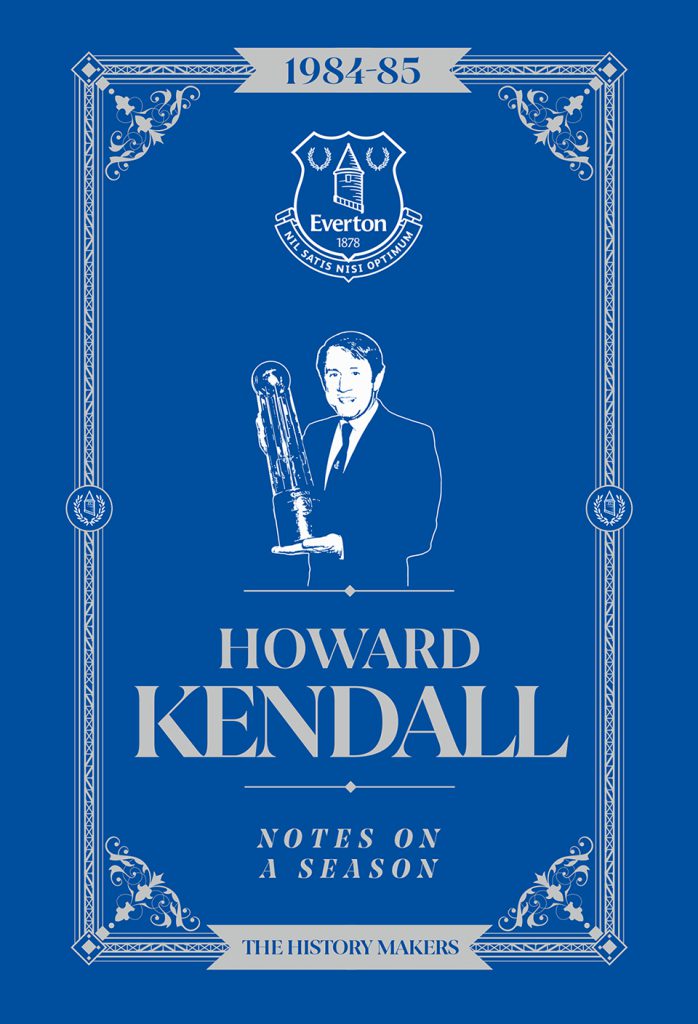 Howard Kendall – Notes On A Season

Howard Kendall is the greatest manager in the history of Everton Football Club.

Kendall famously won two First Division titles during the glorious period of the 1980s, along with an FA Cup and the club’s only European trophy. In 1984, Everton hadn’t won a top-flight title for 14 years since the days of Harry Catterick. But despite a troubled initial period in the hotseat, Kendall had started to assemble a talented team that could finally compete with their illustrious Mersey rivals across Stanley Park.

After defeating Joe Fagan’s Liverpool in the Charity Shield, Everton started the 1984-85 campaign in disappointing fashion, being thrashed 4-1 by Tottenham Hotspur and losing their next game to West Bromwich Albion. But Kendall’s Blues found their feet and ended up enjoying a hugely successful season, finally winning the First Division with 90 points (13 more than runners-up Liverpool) and the European Cup Winners’ Cup with a 3–1 win over Rapid Vienna.

In recognition of these achievements, Howard Kendall was voted Manager of the Year while goalkeeper Neville Southall and midfielder Peter Reid picked up the FWA Footballer of the Year and PFA Players’ Player of the Year awards respectively. Domestically, the only downside to the season was the FA Cup Final defeat to Manchester United which prevented Kendall’s team from completing a domestic double and continental treble.

Howard Kendall: Notes on a Season provides a unique and rich insight into the legendary manager’s mindset during the course of a historic season. Compiled from the matchday programme notes, Kendall takes us step by step through a campaign that witnessed a league double over Liverpool – including a GraemeSharp inspired win at Anfield – as well as an epic 5-0 dismantling of Manchester United at Goodison Park and a game that has gone down in club folk

Howard Kendall – Notes On A Season is back in stock