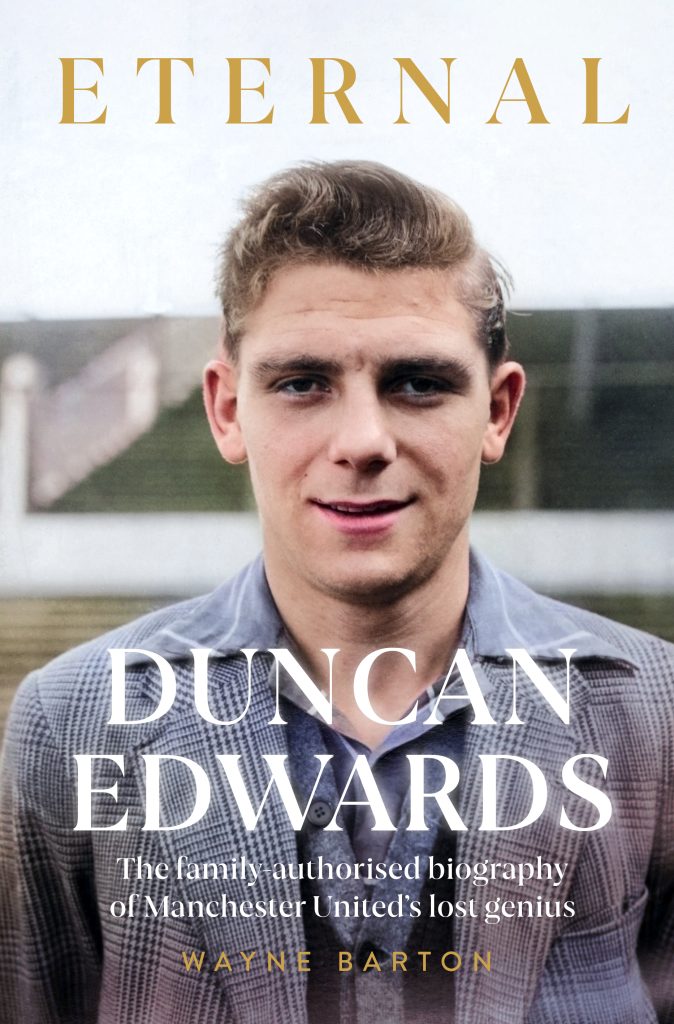 Few footballers in history have demanded as much attention as Duncan Edwards, the shining jewel of all the Manchester United Busby Babes. Edwards was just 21 when he tragically passed away as a result of injuries sustained in the Munich Air Disaster of 1958; leaving behind mythical stories of legend which told of how big he was. How strong he was. How good he was.

His death was symbolic in the rebirth of the Old Trafford club; his fight for life in Germany convinced Jimmy Murphy to attempt to rebuild from the wreckage, in the hope that Edwards would one day return to have the team built around him once more. In the decades that have passed, Duncan Edwards has almost become a byword for lost potential. Immortalised and canonised, Dudley’s favourite son is still heralded by many as the greatest footballer there ever was.

This brand new biography takes the most forensic look at the extraordinary life of this ordinary boy who was destined for greatness. With authorisation from the Edwards family, all new stories of Duncan’s life and childhood, as well as his football career, are brought to life to finally paint the full picture.

Written by author Wayne Barton (“The pre-eminent writer on Manchester United” – Martin Edwards), this book studies the contemporary contribution and enduring legacy of one of the most mythical footballers to have ever played the game.

Duncan Edwards – Eternal is back in stock