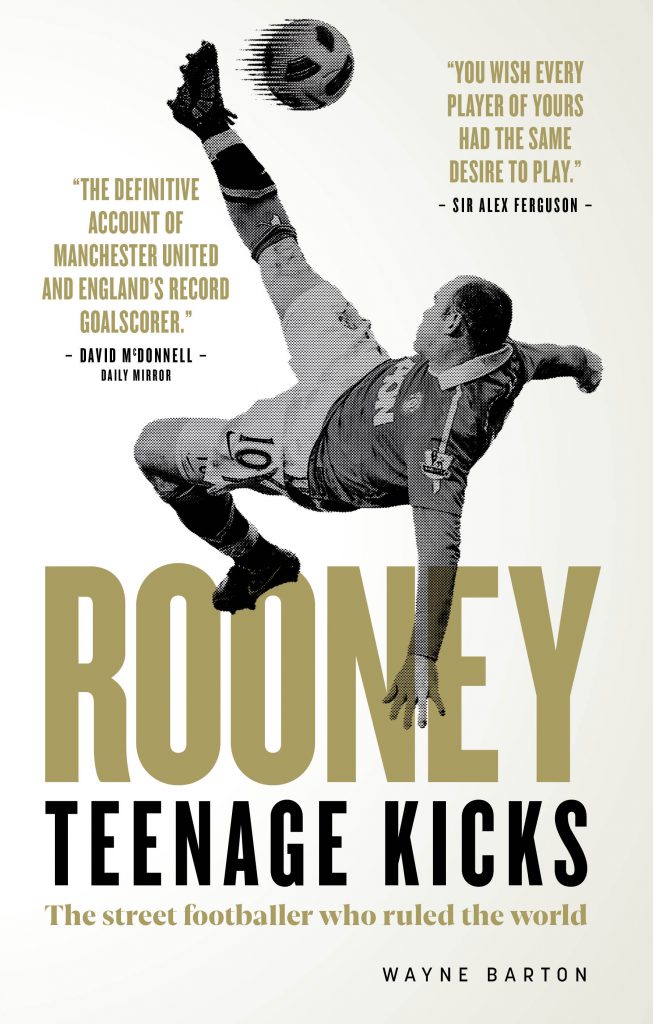 Rooney’s genius was evident from the early days he kicked a ball around the playing fields of his Merseyside home. He carried that instinctive talent from the streets of Croxteth to the biggest football arenas in the world.

Now, just over 12 months since he called time on his remarkable playing career, Rooney: Teenage Kicks chronicles the compete story in detail, from early days making his mark on Everton’s books through to his coronation as the leading goalscorer for England and the most famous club in the country, Sir Alex Ferguson’s Manchester United.

Rooney was seen as the jewel of England’s ‘golden generation’ from the moment he burst on to the scene in 2002. He was a force of nature for his boyhood club and stunned the world with his blistering performance at Euro 2004. The tournament earned him a move to Manchester United and greatness beckoned – over the next thirteen years he scored goals in the hundreds and won trophies at a similarly prolific pace. His partnership with Cristiano Ronaldo was the highlight of one of the most glittering periods in Old Trafford history.

As well as becoming one of the few players to have won every trophy there is to win for United, Rooney broke out on his own in January 2017 when he surpassed Sir Bobby Charlton’s goalscoring record. A return to Everton was followed by a spell in the MLS with DC United before the last year of his career at Derby. It was not all rosy for Rooney – two transfer requests made him a polarising figure with United supporters, whilst the weight of expectation at international level was often a burden that seemed too great to carry. Despite all of his achievements, Rooney retired with some wondering if he had fulfilled the potential that seemed so immense in the early years of his career.

Now, for the first time, his career is recounted in full and scrutinised in depth by celebrated Manchester United author Wayne Barton.

Rooney: Teenage Kicks is back in stock